-
0
By Charlene Muhammad | Special to the Oakland Post   Black male peace advocates working to eradicate domestic violence in their communities say a key solution is providing more education and resources to those who harm their partners, children or others living in their homes.   Systemic racism, a history of racist policies, and racist social structures all contribute to Black women and Black men experiencing intimate partner violence at a disproportionately high rate, according to a 2020 study released by the National Coalition Against Domestic Violence (NCADV).   That NCADV report found that over 45 % of Black women and over 40 % of Black men have experienced intimate partner physical violence, intimate partner sexual violence or intimate partner stalking in their lifetimes.   Separation is a key to safety and survival, DV experts say, but in some cases, it is only a temporary solution. There are countless stories of women who have filed restraining orders and fled to a safe house with family or friends — sometimes even remote strangers — only to return to toxic environments, where some unfortunately have been killed.   So, advocates feel it is important to increase awareness among males and recruit male allies to become active in making a change.   “That’s one of the things that’s going to be really important in terms of addressing and curbing some of this, other men stepping up to the plate, supporting other men and holding other men accountable to stop the violence by modeling it in on their own lives and through their own behaviors,” said Edward L. Moore, an Oakland-based certified life coach and batterer’s intervention specialist at Men Creating Peace, a community-based organization.   He currently works with Oakland’s violence prevention program helping young men understand how they can avoid domestic violence and intimate partner violence.   “When men do become batters, the approach we take is more punitive,” said Moore, before clarifying that he is not suggesting there shouldn’t be consequences or men shouldn’t be held accountable.   “But the approach has been through a more judicial than social lens,” he observed. “For example, most of the men I get in support groups come through mandatory classes, which feels very punitive to them.”   According to Moore, 85 % of those seeking services are court-ordered and 15 % of them are self-referred – men who have started to feel the impact of their violence and are seeking change. Regardless of race, socio-economic status, background, upbringing, culture or religion, men from all walks of life seek their help, he pointed out.   According to Moore, facilitators do their best to hold batterers accountable, while letting them know they made a mistake that doesn’t necessarily define who they are.   “We really show them not only how to impact themselves, their children, their families, the person that they caused the violence against, but then ultimately, their community,” said Moore.   “The number one thing that gets men’s attention is when I show them how they first of all impact themselves through their violence,” he continued.   His own breakthrough came while incarcerated, during a visit with his own son, who counted the days until they were reunited, and he could freely touch his father’s hand. It also came through reflections on the love of his grandmother. She never drove a car, but had to go miles, then wait in long lines to visit him,” said Moore.   When men join his program, Moore asks them to identify everything they have lost due to their violence. Next, he has them identify what their family and children have lost. Then, he asks them to examine what the person they were violent to lost, and what did their community lose.   “It’s one of the most impactful tools that I’ve used to help men be invested in stopping their own violence,” said Moore.   The men he serves say the biggest thing they need to help make a change is education. Second, they say they need sincere advocates to help hold them accountable.   “Most of the time hurt people hurt people. I often tell the guys the things that happened to you over the course of your life are not your fault, but as an able-bodied adult, it’s your responsibility to get the healing that you need so that you don’t bleed on people that didn’t cut you,” said Moore. “You must temper accountability with compassion, and it’s a delicate dance and you must know when to do which, but both are needed,” he said.   Dr. Aquil Basheer, founder and executive director of the Professional Community Intervention Training Institute (PCITI) – a community-based organization based in Los Angeles – is a certified “violence-intersession, gang-hostility intervention training specialist.”   Basheer has conducted trainings worldwide. Black men who commit acts of domestic violence are attempting to heal themselves, he says.   “When we see traumatized people using what so many of us would consider anti-social means, they’re doing it to get well, using it to try to create some degree of wellness and restoration. Somewhere in the process, they bought into the idea that it was okay,” said Basheer.   According to Basheer, pursuing non-conventional solutions amounts to “thinking systematically.”   “If, in my perception, domestic violence is okay to me, because it creates some degree of wellness and healing for me, I’m going to continue to use it if I have no other options that can give me the same result that the domestic violence is giving me,” Basheer points out.   A key to solving domestic violence is the participation of the whole family in the treatment process, argued Basheer.   The individual cases may differ, and no cookie-cutter approach can be applied, but looking at the root causes, you can find common denominators that help you get to the bottom of the problem among Blacks, Asians, Latinos, and others, Basheer added.   “You’re looking at a perpetuating cycle, where if every individual’s needs and wants are not taken care of, you are going to continue with that broken cycle,” he said.   via Postnewsgroup.com
Share on Facebook Share on Twitter 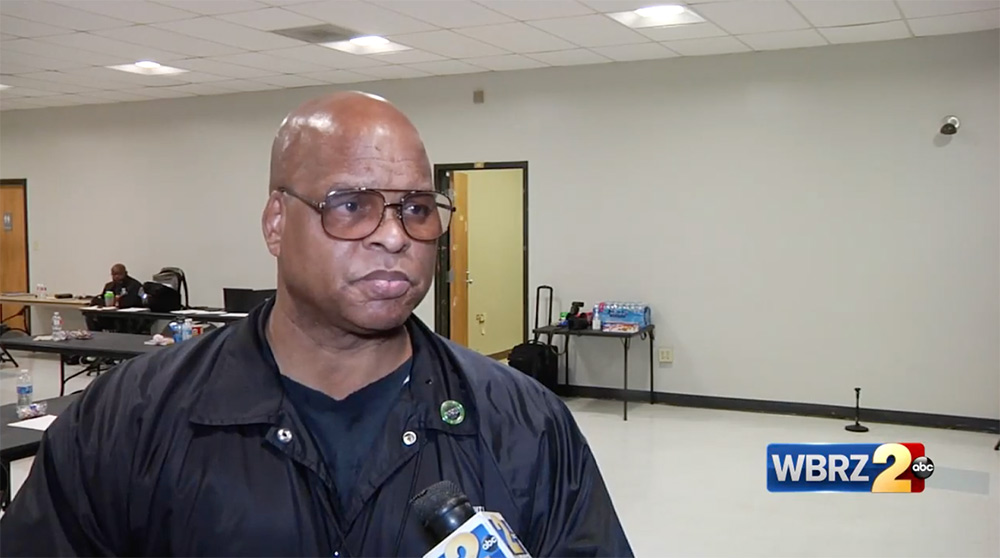